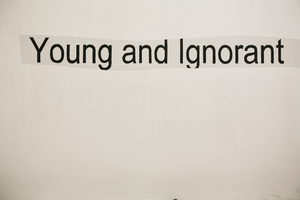 TELL THEM WE SAID NO 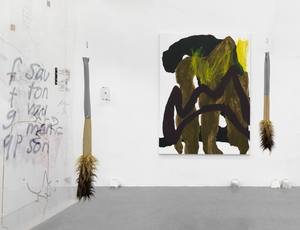 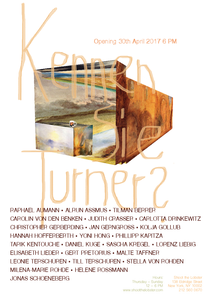 Painting, drawing, photography, video, sculpture, installation, performance, and so on. Open to several stories, formats and styles the twenty four artists created a parkour similar to New York City itself. The ambition of the show, “Kennen Sie Turner?”, is to present the rich diversity of different artistic ways and their confrontation into a room of 25 to 10 feet with one window at the entrance. As an act of sensation, expression and thought, you will walk around in many corners, connected to everything, you find spray paint on the wall and might hear sound. In subtle decisions the show refuses to let itself be confined to a single definition. In perpetual motion, without borders it captures the impulsive life that happens, in turn, participates into a symbiotic environment. Circumstances like architectural capabilities led to an unpredictable whole, in witch the individual sees itself from a changed perspective. The survey of the exhibition is strongly influenced by its base, where all artists where located together at the time. Every single work is evaporated towards the front window. And what it adds is a new ability to grasp things, with the view through the window from the street, the perception appears as one reflection out of many layers. The further you step into the display the aspect expands from print to screening through a frame of intermediate looseness across to an approachable setting of single positions.

In the show “Kennen Sie Turner?” at Shoot the Lobster Gallery in Lower Manhattan, the Fine Art class of Frances Scholz researched the connection between collaboration and separate artistic positions. “Turner” as a mark has been an influence for breaking traditions and creating a final tenor by dissolving the distance of artworks and artists in the space.

Besides the show embodies a period of time the artists spent in New York as well as the cooperation of their studies in Germany. Including visits of artists in their studio spaces, curators at their institutions and embracing New York ́s day and night life. During this emphasising experience in the city as a group and alone, the set up transformed into a recomposition of the withdrawal in independence, and thus multiply the forms of life and its collaborative open process in art. The show does not cease to reinvent itself and what surrounds it, too. It is this energy in the Shoot the Lobster Gallery that “Kennen Sie Turner?” would like to share

with the public during live performances, sound, screening and more situations.

Exhibition during a trip to New York at the gallery Shoot The Lobster: http://www.shootthelobster.com/stl-ny Fotos: Malte Taffner 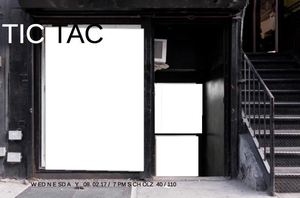